Witnessing the Risen Christ in the Dominican Republic 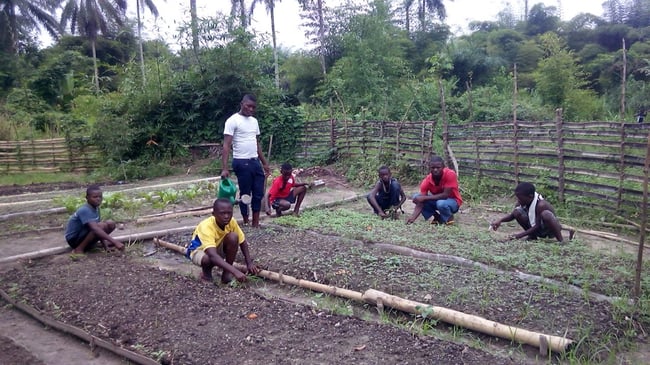 In the Bible, we read of people whom Jesus brought back to life: Jesus restored Lazarus to life after he had been dead for several days (John 11, 38-44); and out of compassion for the widow of Nain, he raised her son from the dead during a funeral procession (Luke 7: 11-17). But these resurrections were only temporary; both Lazarus and the widow of Nain’s son would eventually die again.

The only man ever to rise from the dead into a definitively new, and eternal, existence was Jesus. He first appeared to Mary Magdalene, and then to many others -- all of whom were witnesses to His resurrection.

Is it possible for us, as mere humans, to raise people from the dead in our day and age? I think the answer to that question is, "Yes." Most people would be amazed at seeing a human body raised from the dead; however, it is a far more miraculous thing to breathe life into the soul of another. One is a merely physical resurrection; the other is a spiritual resurrection of the kind that leads to eternal life.

In the parish of Saint Martin de Porres in the Dominican Republic, many people showed their compassion for the hurricane victims last year by extending their helping hands. Our refugee building welcomed and gave shelter to those people whose homes were flooded. Also, on this past Easter Sunday, by the grace of our God, we were able to accomplish the seemingly impossible task of constructing and repairing some of the victims' homes. As we handed over the two new houses to their owners, we witnessed their indescribable joy!

It was plain to see just how much the charity of our benefactors, and of all involved, had breathed new life into their souls; they were simply beaming with gratitude and had a renewed sense of faith, hope, and love. Their sorrow and pain had turned into heavenly joy as shown by their smiles and laughter.

If you really want to experience Christ’s resurrection in your own life, be another Jesus to others by reaching out to the poor people around you. It sadly has become our culture to acquire so many material things that fade and disappear. We must not forget, however, that it is sacrificial love that gives our lives true meaning. In so doing, we store up for ourselves treasure in Heaven. The effects of such true love never fade; they linger and spread throughout time and eternity.

The love and resources we share with others can offer them a new life, and new opportunities. The hands that help are the hands of Jesus, and they are transformative and life giving. In the end, it is not how much we give to the less fortunate that matters most, but how much love we put in our giving.

We need your help providing education to 100 Haitian children in 2017. Will you become a school sponsor this year?

Topics: Stories from the Field, Easter