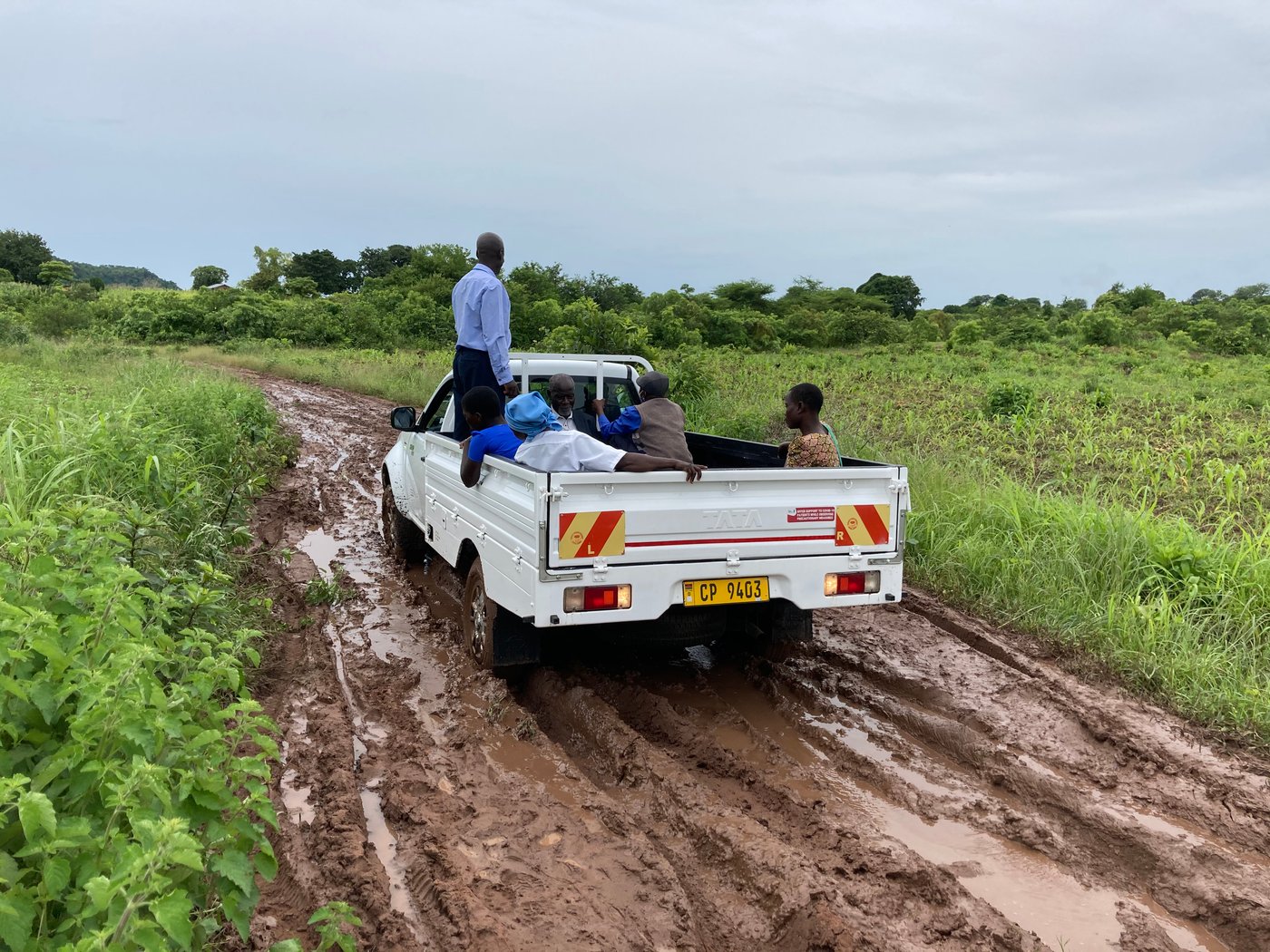 The message came in just past 6 pm. An active Catholic had died in one of our outstations. The burial would be the following day. They wanted to know — could a priest come to celebrate the funeral mass?

When I saw the message, I did not hesitate to respond positively.

It was only later that I started to ask myself some questions:

It's the middle of the rainy season, what are the conditions of the roads? Will my truck be able to take me there?

I checked with a catechist who had been there recently. He warned me that the road was bad, and advised me not to go alone in case something happened — like getting stuck in the mud. I asked him if he could accompany me and he agreed.

Setting Out on the Journey

It started raining at about midnight and continued raining the whole night until dawn. When I heard the rain I could not sleep. The road would surely become worse with this rain.

I started imagining the car getting stuck in mud, or failing to navigate the slippery road and ending up in a ditch. However, I decided that I had to go and celebrate the Mass for the deceased.

The road was bad indeed. It took us two hours to drive 18 kms (11 miles), and we got stuck in mud several times. However, each time we became trapped, people came to help us push or pull the car.

Overcoming Obstacles in the Final Stretch 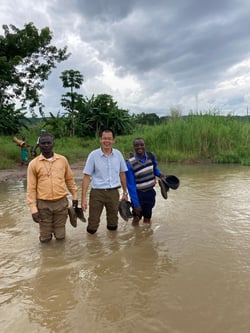 Just when we had navigated the slippery roads and mud, the road came to a dead end. The catechist who was with me told me that we would have to walk the remaining 2 kms. We started walking and when we reached a clearing I was surprised to see a river. He told me we would have to wade across!

Despite the difficult journey I was happy to be able to comfort the bereaved family with a celebration of the eucharist. We started with a blessing of the coffin in the house, and then had a procession to an open space under the trees for the Mass. The deceased was finally laid to rest under a mango tree.

The Blessings of a Difficult Journey

The journey home was just as difficult as the journey to get there. It took another two hours of difficult driving, and our car became stuck in mud several times. But, again, God always provided people who were willing to help us.

When I reached home I was exhausted, however I knew God had protected me during my journey. I was happy to have accomplished a work of mercy in burying the dead, and to have brought peace to the family.

Learn how you can support the mission in Malawi and discover ways to help CICM missionaries on the ground!