Tired of Tedious Chores? One Missionary Shares How He Grew to Love Life's Simple Tasks 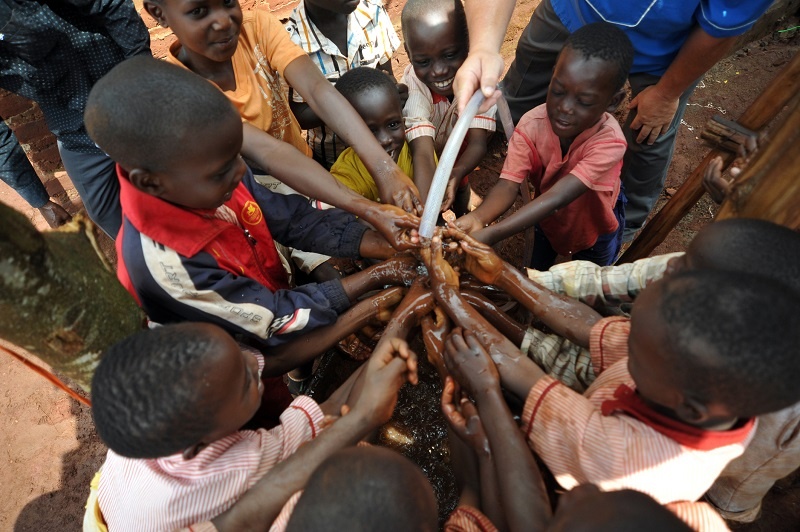 “And therefore I praise joy, since human happiness lies only in eating and drinking and in taking pleasure.” (Qohelet, 8,15)

After my departure from the Dominican Republic five years ago, I was seriously planning to spend my life in a monastery of contemplative monks. I had tried to fight the abuses committed by the sugar companies against the Haitian sugar cane cutters and I had the feeling that I have failed: the inhabitants of the bateys were living in the same subhuman conditions, the human trafficking continued on the same way and the children born in the Dominican Republic from Haitian parents remained without formal nationality.

I spoke about my plan with Jose and Susana, two lay missionaries engaged with me in the bateys. Their answer made me totter: “Look, Peter! we cannot imagine you preparing jam all the days of your life.” Indeed, the Trappists of whom I was thinking spend their time preparing jam and other products that they sell in order to guarantee their life.  The argument was very concrete and very realistic.

I therefore decided to continue my journey in the Congregation of the Immaculate Heart of Mary (CICM-Missionhurst) and after a few months I landed in Zambia in southern Africa.

The New Life in Africa

Now, I spend part of my life preparing jam, cakes and other kind of food for 40 orphans who are living under my roof. During all these weeks, we don't have water in our house and, like the other villagers, very early in the morning, we go to the community well in order to obtain the precious liquid. In addition, every day, I need to ensure that each child is properly dressed to go to school. Every week, I make shopping in Kabwe town in order to buy food for seven days.

All these tasks seem very down-to-earth and far away from a valiant missionary work. However, by reading the biblical Book of Ecclesiastes (called also Qohelet), I gradually discover a deep meaning to these ordinary activities of the daily life.

A Humble Jewish Woman Taught Me to Love My Simple Work

According to a hypothesis of Ana Maria Rizante and Sandro Gallazzi, two Brazilian exegetes, Qohelet is a humble woman who, like all the other Jews living under the Sun of the Greek-Egyptian empire, was suffering the effects of the foreign domination. In this time, the philosophers and other intellectuals proclaimed loudly, with the new masters of the world, that everything was absolutely new.

But by opening her eyes and by looking at the reality of her compatriots, Mama Qohelet was thinking exactly the opposite: under the Sun, symbol of the new empire, everything  was vanity, everything was wind, everything was nothing.

For her, there was nothing new because the workers were real slaves and did not have the opportunity to enjoy the fruit of their work. Nothing was new because, in the house of the people, the pot was always empty. Nothing was new because the poverty was the sad reality of the majorities. For this lady, the sign of the newness is the joy coming from a good meal shared with friends. "I praise joy, since human happiness lies only in eating and drinking and in taking pleasure. this comes from what someone achieves during the days of life that God gives under the sun.” (Qohelet, 8: 15).

It is a hymn of praise in honor of the daily and simple life. The true joy is present in the heart of the simple things of the daily life: a table filled with food that must always be present in the house of all the world's poor. And this represents a serious critic to the empire that oppresses and kills.

There is nothing new under the sun of the capitalism of today. As at the time of Mrs. Qohelet, even today the poor are working in vain and they do not have the opportunity to satisfy their vital needs. In this globalized world, 20 percent of the human beings consume 80 percent of the goods produced on the earth. If everyone in the world was living like the Americans and the Europeans, six planets like the Earth should be necessary in order to maintain the level of consumption of all the human beings. Obviously, the welfare of the countries of the North assumes the hunger and the misery in the South and especially in Africa. Here in Zambia, more or less 80 percent of the population are living in poverty and can never eat their fill.

Instead of talking about this global injustice, I have chosen to create a small community where the poor feel at home, where they eat their fill and where there is real joy.

Today, this community is composed of 36 orphans boys, three orphans girls and two old men. Whenever a new child arrives, I spend several hours preparing three or four cakes. On Easter Sunday, Lwendo and Bupe (names which mean respectively 'Journey' and 'Gift') have arrived at our house. They are two small orphans who were living with the grandmother who became mentally sick. The cakes were patiently awaiting the girls. It was the first time in their lives that they had the opportunity to enjoy this kind of delicacy. It was also the first time that somebody was welcoming them with a feast.

Our small community tries to be a sign of something new. Of course, in the process of building this new family, the ordinary things of every day take great importance: to make jam for the breakfast of the children, to fry small fish for lunch, to fetch water at the well in the village, to do the dishes, to sweep the court and to clean the huts. All these activities so common become the new cement for the new small world that we are building together. We hope that the novelty of our community will be contagious and will fill with joy the whole region.

The ordinary activities of the daily life were also the key moments of the companions of Jesus in their journey with Him. After his death and his resurrection, when they met again, they did not  do anything extraordinary with Him: they walked together to a village called Emmaus, they shared bread, they prepared fish near a lake. All these activities are very simple but they reveal that we must not seek God in extraordinary events but in the small daily activities.

If we season these humble activities with a good dose of tenderness and love, there's no doubt that we will discover the radiant face of the risen Lord and that we will bring our brick to the construction of the new society called the Kingdom of God.

Curious as to how you might help Fr. Pierre? Learn more about his work in Zambia.