Noticing Their Need: Caring for the Mentally Ill in the Congo

In the Archdiocese of Kinshasa, CICM missionaries serve the parish of Our Lady of Fatima. The parish is located in the heart of Kinshasa (capital of the DR of Congo), in an area called Gombe. This area is presumably an upper-class milieu, where the institutions of the Republic are located, as well as many retailers and company office buildings. Usually, it is said that Gombe is for the rich: the well-off people with a certain social status live and work here. Consequently, that is the same label that is attached to Our Lady of Fatima parish, simply because of its location.

With respect to the parishioners, we do regularly deal with a category of persons that are typically forgotten: people with mental disorders and disabilities.

There Is Shame and Stigma Associated with Mental Illness

During virtually every Mass, we encounter men and women with varying degrees of mental health issues. Often these people are rejected and abandoned by their families. In Congolese culture, people with mental conditions are routinely accused of causing or bringing on their own problems.  They are accused of witchcraft, of having sought a talisman or idol that somehow turned bad, or they are portrayed as the fulfilling victims of an “omen” surrounding their family. People also typically regard the mentally troubled with a certain fear, being viewed as either a public danger or possessed by an evil spirit.

Unfortunately, it is perhaps not surprising that there are no support systems in Kinshasa to specifically accompany these marginalized individuals: those in need of psychiatric or psychological interventions. They are usually left to their fates.

They typically live on the streets and sleep in public places, subject to the elements. The non-aggressive among them are typically not a danger to the public, but there are those whose violent tendencies do pose a threat. Needless to say, these members of our community are living a precarious existence. The women are particularly vulnerable, and often find themselves at the mercy of street children, occultists, or others with similar problems. Many end up pregnant, trying to survive on the streets, and then struggling to keep a child alive on the streets.

Stories of the People We Encounter

While we often deal with people who are perhaps distressed due to a particular situation, the chronically mentally ill and homeless in our community need our sustained attention. Such people visit regularly the parish of Our Lady of Fatima. They wonder around the parish, constantly in search of the ways and means to live.

Among the most profound cases, we have a woman named Pauline. She has already had three children while wondering the streets: the father or fathers are unknown. She regularly comes to the parish to find something to feed her children. We notice that she sometimes uses the parish yard as a makeshift playground for her children, which is actually heartwarming. Pauline is very quiet and unassuming. Her nature inspires people of good will to provide her and the children with some relief.

Another is called Madeleine; she comes with her child who is about ten years old. She usually stands right at the entrance of the parish property, beseeching passersby for money or other sustenance. Her nature is very abrasive, and she spends most of her time insulting the people who pass. She is especially harsh toward the parish caretaker, who sometimes has to prevent her access to the yard, as she has been known to try to bathe publicly there. 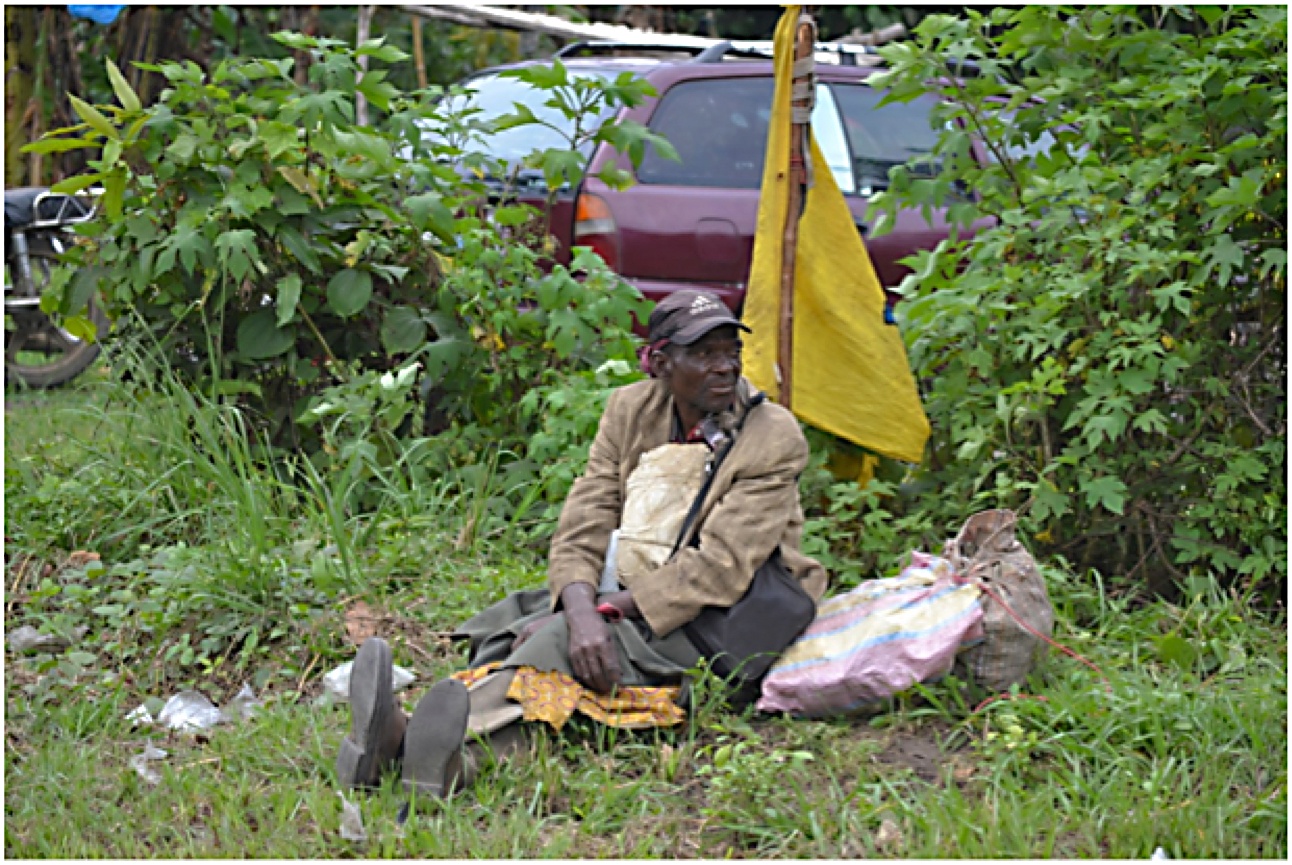 One of our longest-term and best-known homeless visitors is a man called François, who is about 40 years old. Occasionally he asks for food from our employees, but mostly he just lingers. Sadly, we have witnessed the decline of his condition over time. Though we try to intervene on his behalf, his health is deteriorating, and he simply does not like to go to the hospital.

Serving the Mentally Ill Has Become an Important New Apostolate

These cases illustrate why the issue of chronic mental health sufferers in our area has become a challenge and a new apostolate for us. In terms of our experience here in the parish of Our Lady of Fatima, each day we encounter a dozen or so of the people I’ve described. Most are calm and peaceful and do not disturb anyone; they simply need a place to land. There are others who are quite assertive and talkative, but don’t really bother anyone either. There are the occasional cases though when we witness demonstrations of verbal or even physical violence. That can, of course, be frightening. Almost no one wants to deal with an individual demonstrating off-putting or aggressive behavior.

Overcoming Prejudice to Treat the Mentally Ill with Love and Compassion

Many citizens here are indifferent, because of the prejudices I have mentioned. The lack of acknowledgment or intercession began to bother me quite a lot. I am not always available to act (during Masses or other business relating to the parish), so I felt it was important to initiate an awareness and try to illicit compassion among the community. I felt that was at least something that we could do in favor of these vulnerable people among us.

Culturally speaking, most people in this region either fear or dismiss the mentally disturbed, and consider these issues unworthy of attention. So I knew that addressing this issue was going to appear foolish in the eyes of some. I am not a mental health expert by any means, but the obvious first step to me was honest dialogue at a community level about this category of people.

I had a strong conviction that we, as religious missionaries, could and should respond to this challenge with creativity and compassion. It is true that we may not have the resources or the expertise to organize comprehensive programs that will eradicate these problems. But I believe that we do have the ability to address these brothers and sisters with sensitivity and warmth, helping to at least preserve their basic human dignity.

Thus, our apostolate has begun with the aim of first, simply opening the eyes of those who encounter our disabled neighbors; the message is that they exist, and are too the children of God. Once we see them, we can then “do small things with great love.” Demonstrating that attitude is the priority of this apostolate.

Our missionary and pastoral objectives are always to share and involve our communities in the application of our greatest resource: the Gospel messages. With your prayer support, we will continue to let the Gospel lead our work here in Kinshasa, and elsewhere around the world.

Want to know more about how Missionhurst priests are touching lives through love and service? Learn more about our work and how you can get involved!