I arrived in Zambia as a young Catholic missionary in 1994. It’s hard to believe that was twenty years ago now! In the ten years that I was in the country I ministered in four different parishes: Kapisha, Luangwa, Chambishi and Kamushanga. Though I left Zambia in 2004 because I was asked to move to Rome to become the Treasurer General, I still feel a strong connection to the projects I was involved with there.

When I was working in Luangwa I heard about a congregation of Catholic sisters who had started a “school without walls,” to provide an alternative education to children of poor families.

These children were unable to attend government schools because their parents could not afford the school fees.

The sisters organized the community to come together to form a school with informal, untrained teachers so that the children would at least receive a basic education and become numerate and literate.

Borrowing from that idea, I initiated a similar program in both Luangwa and Chambishi. During my short time there—one year in Luangwa and three years in Chambishi—the schools were indeed without traditional classroom walls. In Luangwa, we conducted lessons in the church when it was not used for mass; in Chambishi we used one of the church’s meeting rooms. Sometimes, when the weather was good, lessons were held outdoors under the trees.

The beginning was not at all easy.

I got resistance from our parish leaders toward the idea of allowing our church property to be used for this purpose: “The classes will dirty the church!” I had to defend the project during many parish meetings.

The parents needed convincing too. Many were accustomed to the children spending their days working in the fields or playing in the streets; they were initially skeptical that their children would learn anything from this type of program. But in personal visits with many of them, I was able to explain the objectives and convince families of the benefits that the children would receive from at least a basic education.

Recently I had a chance to go back to Zambia for a visit. I went to Chambishi and was happy to see that the school had grown. Begun as a small school program without walls, it is now a recognized Catholic primary school with its own building. My parish treasurer, Mrs. Chansa, who was a schoolteacher when I was in Chambishi, left her job in a local government school to become the Catholic school’s principal.

The students were not in school when I visited, but Mrs. Chansa was proud to show me the school buildings and a small banana plantation that is cultivated by the school to provide it with a source of income. Both figuratively and literally, the little seed I planted has become a tree! 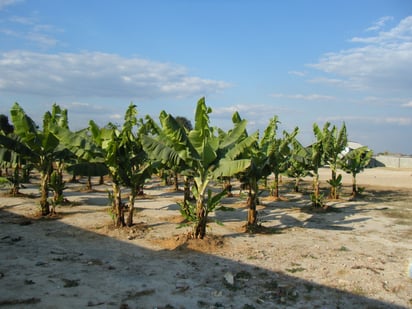 When I was sent to Kamushanga in 2000, I was asked to start a new parish. In 2002, the bishop came to visit that parish, and we invited him to plant an avocado seedling as a remembrance of his visit and a symbol that we were a young fledgling parish. In my recent visit there I found that the avocado seedling had grown into a tree, and is already bearing fruits.

In fact, I planted many trees in my four years in Kamushanga, and I am happy to find that most of them are now full-grown trees bearing fruits. When I left in 2004, there was an unfinished church building project:

today the church is completed, and other buildings (a library and a computer center) have also been completed to better serve the community.

Many of the parishioners came to greet me during my visit to Zambia. They shared with me how their lives had changed since I left them in 2004. Mr. Banda was one such visitor. He asked me if I remembered him and indeed I did, and still do. He was my parish secretary.

Mr. Banda had just lost his job when I started the Kamushanga parish in the year 2000. He was very active in the parish but, having lost his job and living in a country with no social security, he was having a hard time supporting his family. 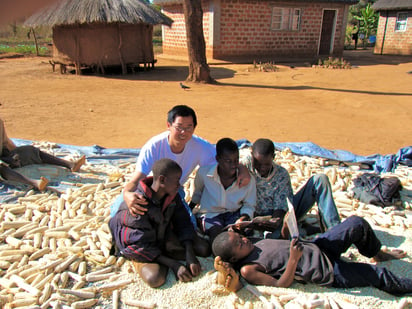 I was soon able to grant some modest financial assistance for Mr. Banda, in order for him to pay the fee for the skills’ test.

That small gesture changed his life.

Armed with the necessary certificate, he was then able to advertise himself as a qualified welder. When I left Zambia in 2004 he was supporting his family by working on small welding jobs.

Mr. Banda came during my recent visit to Zambia to thank me for the help I gave him. Today he owns a successful welding workshop, making window frames and grill doors.

I was so happy to find that the little seed of support given to him helped him grow and blossom into a strong and independent “tree.”

I am proud and happy that so many of the initiatives taken 20 years ago are now bearing fruits. However, I cannot take full credit for them. I am grateful to the missionaries who came after me to nurture the plants I left behind. I am also thankful for the many supporters—people like Mrs. Chansa—who continued to water the plants after my departure.

You too, as readers and benefactors, deserve to be proud of your compassionate part in our work; without you we would not be able to plant and tend to so many small seeds around the world. 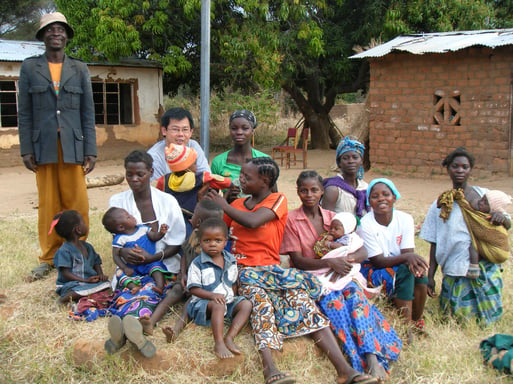 Topics: Stories from the Field