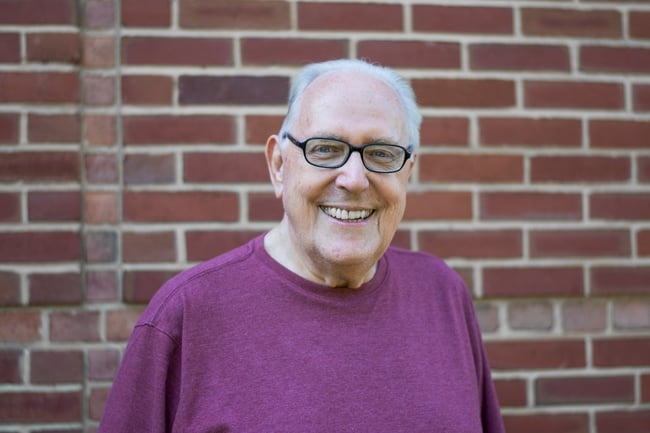 “It’s not easy to be a missionary, you know? And it’s not because of the food; it’s not because you might live in a village and have to go down to the street to bathe, and then you have blackouts maybe 8 hours a day...all of that. That’s not the hard part.

The hard part is when you have difficulty communicating, when you don’t understand something that has taken place in your parish or pastoral work, or the despondency that comes when you have a project, and you put your whole heart into it, and it falls flat...this happened to me many times.

So, you need to go somewhere to talk, to rest, to get the energy to go back. That’s what I’m doing now.”

These are the words of Fr. Stanley Szarwark, a native of South Bend, IN who has been a missionary in the Dominican Republic for the past 51 years. Fr. Stan lived for many years in the southwest (the poorest region of the country), but is now the rector of the central CICM house in Santo Domingo, the capital.

The other missionaries in the DR come to the house to get medical care that isn’t available in other areas and to rest, relax, and “blow off steam”. Fr. Stanely tries to do what he can to encourage and inspire them to go back to doing their work in the interior to the country. He even looks for new recipes to cook in order to bring joy to his brother priests.

“The guys never know what’s going to be on the table for them.” he says with a twinkle in his eye.

Because he spent so much of his life in the mission field, Fr. Stanley is able to empathize with the priests who come to the house seeking respite. When asked to recall a particularly moving experience during his time as a missionary, he launched into a story that he said taught him “the true meaning of poverty”: “In my last parish, Holy Spirit, of an old village that is now part of Santo Domingo, I had the opportunity to send young people to a six month course to become lay leaders in their communities--both religious and civil. I found some young men and women that I thought would be good for this, and I interviewed each of them.”

"I had the opportunity to send young people to a six month course to become lay leaders in their communities--both religious and civil."

One interview in particular struck him. Fr. Stanley told one of the boys from a poor family in the village that he wanted to send him to this course, but the boy protested that he could never afford it. Father told him that, of course, the Church would pay for it.

Fr. Stan went to get a clean towel for him, but the boy still objected, because he was concerned about the holes in his underwear; he didn’t want to be laughed at in the dorms. When Fr. Stan got the boy some new underwear, he finally consented to go. That night, before he fell asleep, Fr. Stan cried. He cried, first of all, because the boy had confidence in him to reveal such intimate information. He also cried because Fr. Stan grew up in what is considered a poor family by U.S. standards, but he never knew poverty like this boy’s.

When we asked Fr. Stanely why Missionhurst needs financial support, he didn’t hesitate:  “We cannot live and work without the help of generous people in the United States and Europe...You could say that Missionhurst CICM equals poor places--because those are the only places we go.”

"You could say that Missionhurst CICM equals poor places--because those are the only places we go to serve.”

Your spiritual support, Fr. Stan says, is even more essential. “I could not have stayed in the Dominican Republic 51 years without people praying for me. The Lord sees you praying for missionaries and the people we serve, and he looks at us and he sees what we need, and attentive to you who has prayed for us, he gives us what we need.

When I am down in the doldrums, I forget prayer and I start to [pity myself].” But through the prayers of others, Fr. Stan can truly say that he “wouldn’t trade [his] missionary life for anything else.”

Watch the full interview with Fr. Stanley below:

Interested in helping to support the work of Fr. Stanley and our other missionaries around the world? Learn more about becoming a monthly sponsor below.