A Missionary Watched the World Cup from Africa. Here's What He Realized. 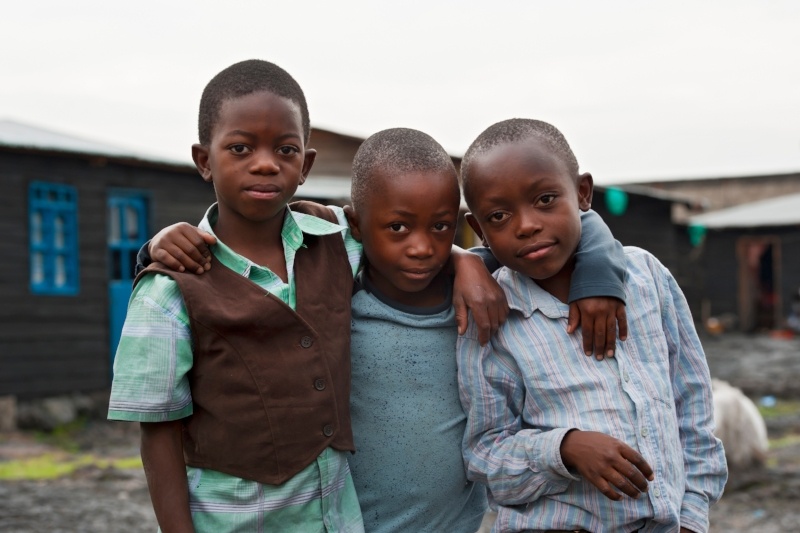 “…He has filled the starving with good things, sent the rich away empty…” (Luke 1:53)

It’s Friday, July 2, of 2010.  All the children of the rectory have received a very special permission: instead of going to sleep at 8:30 pm as the other days, they can remain in front of the TV until midnight in order to watch the long-awaited football game: Ghana-Uruguay.

As in the whole African continent, here in the bush of Zambia, everybody is supporting  the Ghanaian soccer players and hope that this team will win the trophy. At the end of the first half of this historic match, when Ghana scores the first goal, all children start singing and dancing. They are convinced that Africa will reach the top of the world. In the second half, when the Uruguay team manages to equalize, the atmosphere becomes tense, but hope remains alive. One minute before the end of the match: a penalty kick for Ghana! We are all confident that the victory is in our hands.

But for the first time since the beginning of the Championship, Gyan, one of the best Ghanaian players misses his shot. The extensions do not change the end result: 1-1. The victory is played through penalties. After having the victory on a silver platter, the Ghana team loses the game and is eliminated from the World Cup.

All the children bow down their heads and look sadly at me without saying a single word. Junior breaks the silence: "We Africans, we always lose!" We go to bed with a bitter taste in our mouth. During part of the night, I constantly think about this statement of the small Junior.

Let us take the example of Zambia where I am living. According to the magazine "Jeune Afrique" ('Young Africa'), this African country occupies a strategic position in terms of mines. It is the fourth producer of copper in the world and the second largest producer of cobalt. In addition to the copper and the cobalt, Zambia is sitting on many other mineral deposits: zinc, nickel, silver, gold, uranium, manganese, iron, coal, etc. This region of Africa has been described as a "geological scandal" because of the enormous amount of natural resources. In 2006, the Zambian copper production amounted to 515,000 tons.

However, the inhabitants of this beloved land live in a terrible poverty. According to the World Bank, in Zambia the average income per capita is one of the lowest in the world: $850 per year. This means that every day, every Zambian counts on only $2 and some cents for his vital needs. The ten countries that are at the bottom of the list are almost all African. In Haiti, the most impoverished country in the American continent, the figure is $1,630  per year, twice more than in Zambia. In Belgium, each inhabitant has an average income of $28,930 per year. The difference is astronomical!

But then, where are all the natural resources of Zambia going? You certainly know the answer. It is not for nothing that the great European colonial nations have fought for many years in order to take away a good part of the fabulous African cake.

Yes! Africa is the big loser of the history. Africa always loses.

Our God Is the God of Losers

The day after the famous football match of Ghana versus Uruguay, I asked Junior why Africa was always losing. He looked at me with sad eyes:

"It is a difficult question!" He said.

"Perhaps it is because God is not good!" I replied to provoke him a little.

"No! God is always good. For that, the rich will not be always rich. One day, everything will change and Africa will win!"

This response made me think in Hannah, the sterile woman of the first book of Samuel. Marginalized and cursed because of her inability to have children, in tears, she prayed to God and He listened to her  cry of pain.

Shortly after having given birth to the Prophet Samuel, she expressed her joy in a song of hope: "The full fed are hiring themselves out for bread but the hungry need labour no more; the barren woman bears sevenfold but the mother of many is left desolate.” (1S 2:5)

And of course, I also thought of this poor girl called Mary. Born in a forgotten village, her life had no very brilliant future. Pregnant without being married, she was condemned to death. But thanks to the word of the God of the losers, she has given to  the world the Light.

God is always on the side of the losers of the history. Mary was convinced of this, and following Hannah, she proclaimed the truth of the Gospel: "... The Almighty has done great things for me....He has routed the arrogant of heart. He has pulled down princes from their thrones and raised high the lowly. He has filled the starving with good things, sent the rich away empty. "(Luke 1:49, 51-53).

Behind this song, we can contemplate the Cross: the symbol par excellence of the total defeat. Stripped, humiliated, in agony, the Crucified brings together all the losers of the history in his broken arms. He suffers with them and He dies with them in order to carry all of them towards the final victory, the Life without end.

Yes, Junior! Africa will not always be the big loser of the history. Thanks to the deep faith and the incalculable generosity of its inhabitants, thanks to the strength of God, Africa will reach the top and will win the cup of life.

Christ spends his life with the losers of this world.

Inspired by Junior's faith? Learn how you can help him and other children in Zambia today!