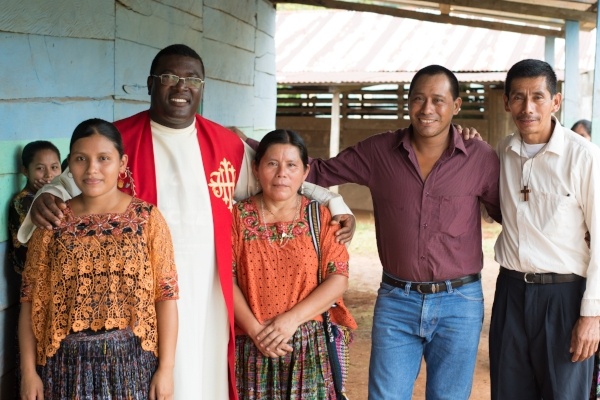 It is painful to talk about “extreme poverty.”

It is painful to talk about anything “extreme” in Guatemala. Yet this is precisely the situation our missionaries face every day in Guatemala.

The woman and her 2 sons pictured below had to abandon their home that was situated on the outskirts of the capital city because of an earthquake. The quake rendered their home too dangerous to live in and they were forced to relocate to a “large empty lot” in the center of Chinautla provided by the city government.

That was 2 years ago. They still have no idea where and how they will be able to find a “normal” house to live in.

Extreme poverty. Shacks made of rusted tin, dirt floors, an abandoned car for “storage,” the list goes on.

A member of our team asked this woman last fall: “Has your faith been damaged because of this awful tragedy?” “No,” she replied with a confident smile. “I still have hope that God will provide.” 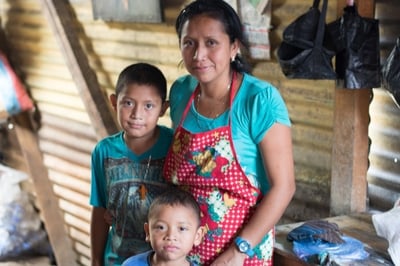 Our parish in Guatemala, under the pastoral guidance of Father Kom Tomás Grégoire, has reached out to her and several families like her in the 2-year-old “waiting camp.” Their Easter Hope is alive and well right alongside their tragic poverty. Extreme poverty in Guatemala has many faces, and each face tells a different story of desperation.

We would like to share with you another story about two young children which was told to us by one of our lay volunteers. This volunteer labors alongside our Father Maxi in the work of the Bethany Center in Cobán, Alta Verapaz (mountainous section of Cobán).

A little over a year ago, a woman approached me, a grandmother with two grandchildren, Felipe and Lucas (not their real names for privacy of the children). She told me that her daughter had abandoned them and asked what I could do to help them. I approached her and asked how old the grandchildren were and she told me that they were 6 and 8 years old. When she said this and I looked at them, my eyes seemed to pop out of my head because they looked like they were 3 and 4 years old!

I said, “What happened?” And the grandmother began to tell me that the children were alone in their house located in the Chajchucub farmhouse (about 30 minutes from the Children's Dining Room of Cobán) where her daughter had lived with her grandsons. In fact, they had been abandoned for three months. The grandmother had only recently found out that her daughter had left them because a neighbor had finally been able to contact her with the sad news. The grandmother lived in a town a considerable distance from Cobán.

Within 10 days I verified the grandmother’s story. She asked again, “What shall I do?” I answered: “Bring them to the Children's Dining Room in Cobán so we can register them and get them to a doctor for a complete examination, diagnosis, and recovery plan." The first thing we did was to get them “dewormed,” and then we sent them to a doctor to determine their degree of malnutrition—which was chronic—and proceeded to stabilize them right away.

At the grandmother’s request and in order for her to be able to secure some minimal employment while caring for the boys, we welcomed the boys each day at the Bethany Center Children’s Dining Room of Cobán, cared for them, gave them nutritious meals, and continued to gradually nurse them back to health. We were able to provide this help and assistance until the boys regained their health and strength, thanks be to God, and to many generous benefactors….and thanks to the grandmother for having sought us out and asking for the practical help that has literally saved these young boys' lives. 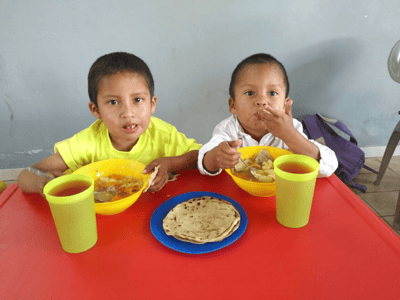 Father Charitable Dérisseau, known affectionately as “Father Maxi” is the pastor of El Calvario Parish in the city of Cobán, high in the mountains of north central Guatemala, a 4 hour car ride from Guatemala City. His parish also includes hundreds (yes, hundreds) of “aldeas” or “villages” which are sprawled out over a mountainous terrain of hundreds of square miles, each with its own small chapel. Fr. Maxi leads a team of parish lay workers (catechists, pastoral coordinators, and many others) who minister to the needs of the thousands of people in these villages. Many of the villages and chapels are only reachable by foot due to the lack of safe roads.

Our prayers and financial support during Easter are urgent for the work our missionaries are doing in Guatemala. I have only shared 2 specific stories with you, but I could have told many more. Your love and prayers for our brothers and sisters in Guatemala will go a very long way to support the work of Father Maxi in Cobán and Fathers Kom Tomás and Felipe in Chinautla. I thank you in advance for joining us, in whatever way you can, with this mission of spreading Easter Hope.

Our work at the Bethany Center is helping save lives every day, but it wouldn’t be possible without your support. Are you willing to join us in spreading hope and making an impact in Guatemala this Easter season? 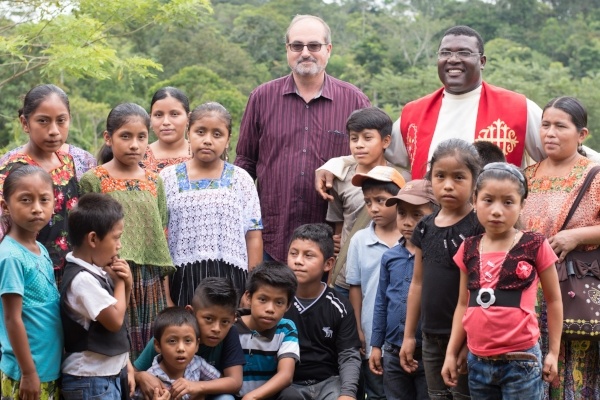 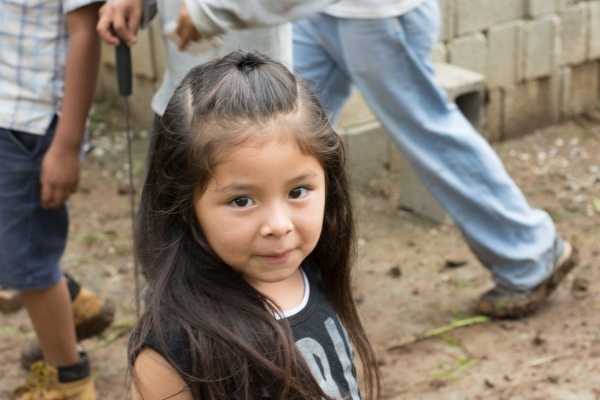 The Women and Children of Guatemala Need You. Here’s Why.